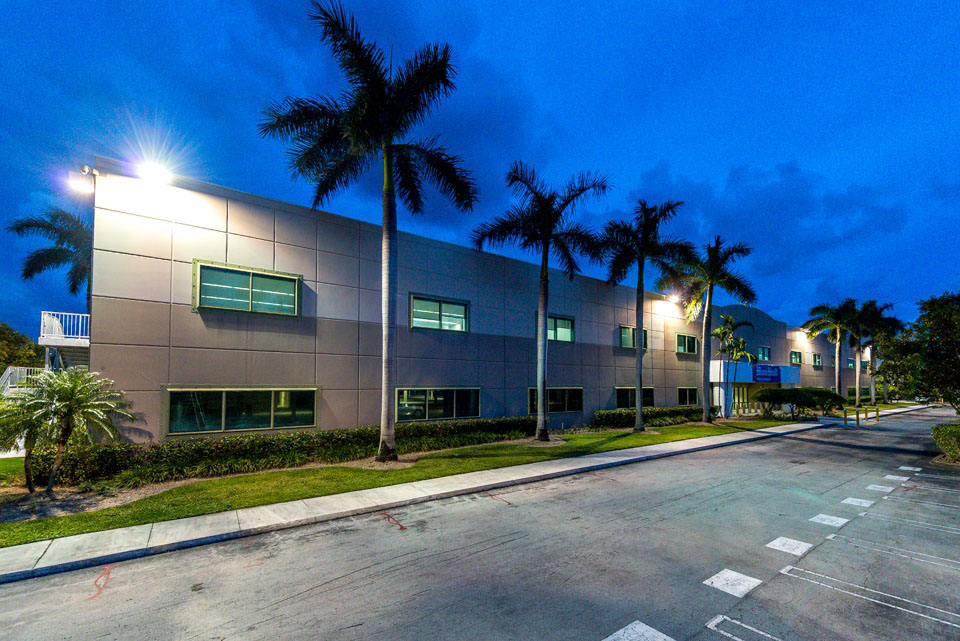 Built in 1997 as the original United States Southern Command (“SOUTHCOM”), this 160,000 square foot building sits on 9.04 acres at the apex of a business cul de sac within a block of the prestigious Doral Country Club. The SOUTHCOM award entrusted to SMPO marked the first move of a major, unified military command, and the first siting of a major command in an area other than a military base or federally owned building.

The SMPO-led team equipped the mammoth facility with a then state-of-the-art Command, Control, Communication, Computer and Intelligence (C4I) network which integrated the then-new Global Command and Control System essential for control of deployed forces. When the Command elected to construct an even larger neighboring facility at the conclusion of the SMPO-affiliated lease, the Miami Herald jumped at the opportunity to lease the original SOUTHCOM building and to invest $150,000,000 in the construction of an adjacent printing facility. Accordingly, the classic and imposing 20 year old building is now home to the headquarters of the Miami Herald under a long term triple net lease.